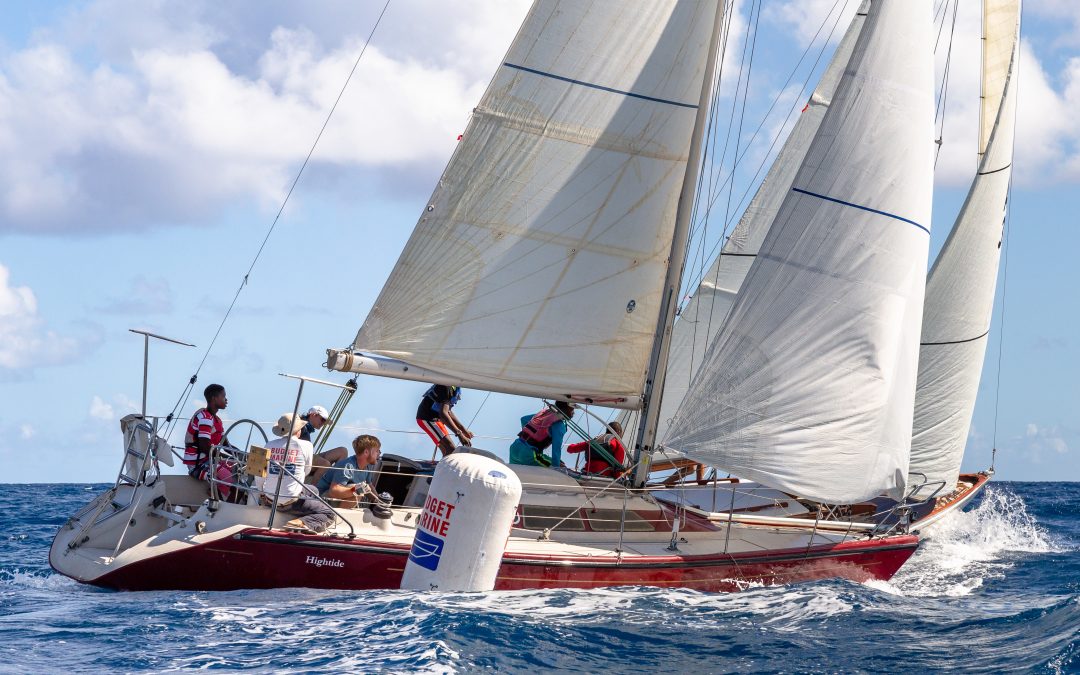 The HightTide Series was initiated by Jol Byerley more than 26 years ago. The plan was to have some competitive sailing over the Christmas season and it has been very consistent and successful in that regard.

In the past it was a series in the sense that the sailing events were on weekday afternoons and parts of a weekend. This year the model has been changed and the event is entirely over one weekend.

The event will be held on the 17th and 18th December 2022, on the waters off Falmouth and English Harbours, with three races planned for Saturday and two on Sunday, culminating with a prize giving at 4 pm on the Sunday on the AYC Event Centre Deck.

Budget Marine has been pleased to sponsor and participate in the event for a very long time and will be offering attractive prizes. The event will take place just a short period before Budget Marine celebrates its 30 year presence on Antigua

The original namesake of the event, the vessel High Tide is still with us and promises to have the missing mast in position around that time. Can Hightide win another High Tide?

The Antigua Yacht Club is hoping that the new simple event layout will attract Jolly Harbour sailors and visiting yachts, who now do not have to leave their boats for a period in English Harbour. The heartfelt invitation is extended hereby: