Boxing Day the 26th of December, saw the conclusion of the 2016 HighTide Series hosted by Antigua Yacht Club and Sponsored by Budget Marine Ltd.

The final two races of the series, races 4 and 5, were sailed in boisterous blustery conditions with winds in the 15 to 30 knot+  gusts in the waters just outside of Falmouth Bay and English Harbour.  Nine boats turned out to face these challenging conditions and had some fantastic sailing and racing.  A downwind start on a small line inside the harbor led to some exciting maneuvers and close encounters and fortunately no boats suffered any collisions or damage for the entire series.  The committee boat manned by Steve Spanis, Carole Hulks and a presesengered crew were on station for over four hours and deserve a huge vote of thanks from the organizers and all the competitors. 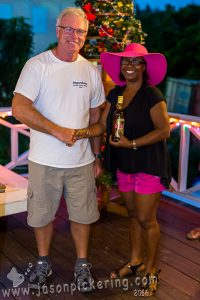 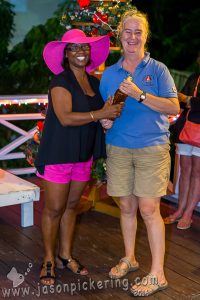 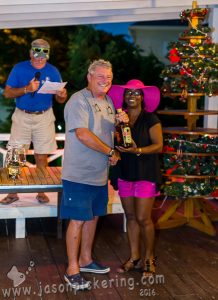 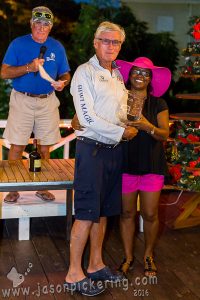 Race 4 started on time at 12.30 pm and a short 1 hour course was sailed just outside the harbour.  The conditions were perfect for Richard Archer’s new Melges 24 “Regardless” with speeds topping 20 knots on the downwinds and was winner of the overall race and division A. Jonty Layfields old Swan 48 “Sleeper 10”– back from his hugely successful Mediterranean campaign at the Swan Europeans – showed her paces and was winner in division B and a solid second overall.  In third place was Pamela Balwin’s J 122 “Liquid”.  At the slow end of the fleet (although not far behind on Corrected Time) Biwi Magic, Hightide and Cricket had a fantastic race and all finished within a few boat lengths and less than a minute apart.

The final race number 5 – traditionally a longer race to Curtain Bluff and back and for a special trophy, “The Boxing Day Barrel” presented by AYC – was also a great race. The wind blew from the north giving a very broad reach the whole way downhill and the two sports-boats just flew. Regardless again showed what a force she is going to be in Melges racing and was a clear winner with the Cork 1720 Valiant (with a crew entirely of teenagers from The National Sailing Academy) in second place followed again by the old Swan Sleeper 10.  This was a 2 hour race and some very tough conditions and vicious 30 knot gusts so the fleet was pleased to be home safe and sound by 4pm. 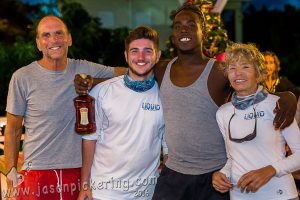 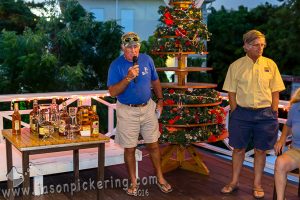 The evening finished with drinks and chat on the AYC deck discussing what has surely been a great Christmas Season.