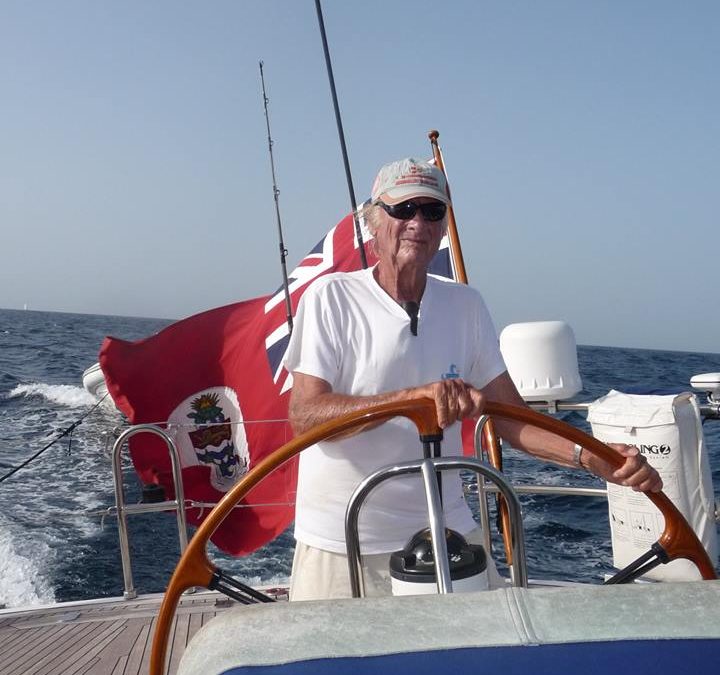 Remembering Henry Peper, May 1922 to February 2017, 94 plus years of a great and successful life. A sailor and a gentleman. Henry touched the lives of many of us in Antigua and Barbuda, and around the Caribbean regatta scene. We came to cherish and love him. We adopted him as our own. Henry lived in Marblehead within walking distance of his yacht club and sailing activities.  Henry made the SY Magic and then later, SY Heuira, a 38’ Beneteau First, his second home. On the Caribbean circuit, Henry raced with James Dobbs on Lost Horizon and with Carlo Falcone on SY Caccia a la Volpe. He raced with Carlo’s on the classic beauty, SY Mariella, including an Atlantic crossing from Newport to the UK. Henry never gave up. He continued to race and contributed to many winning campaigns well into his late 80’s. Henry often was the only crew member wearing a blazer. Henry brought dignity and decorum to all activities. Henry was the life of the party and always dancing up a storm with the younger ladies. His famous blazer was recovered from the sunken wreck of SY Magic in Guadeloupe and worn often at events. On other occasions Henry looked a bit of a pirate with a naughty twinkle and a very disarming smile. Rest in Peace dear Henry Peper. Fair winds and following seas.