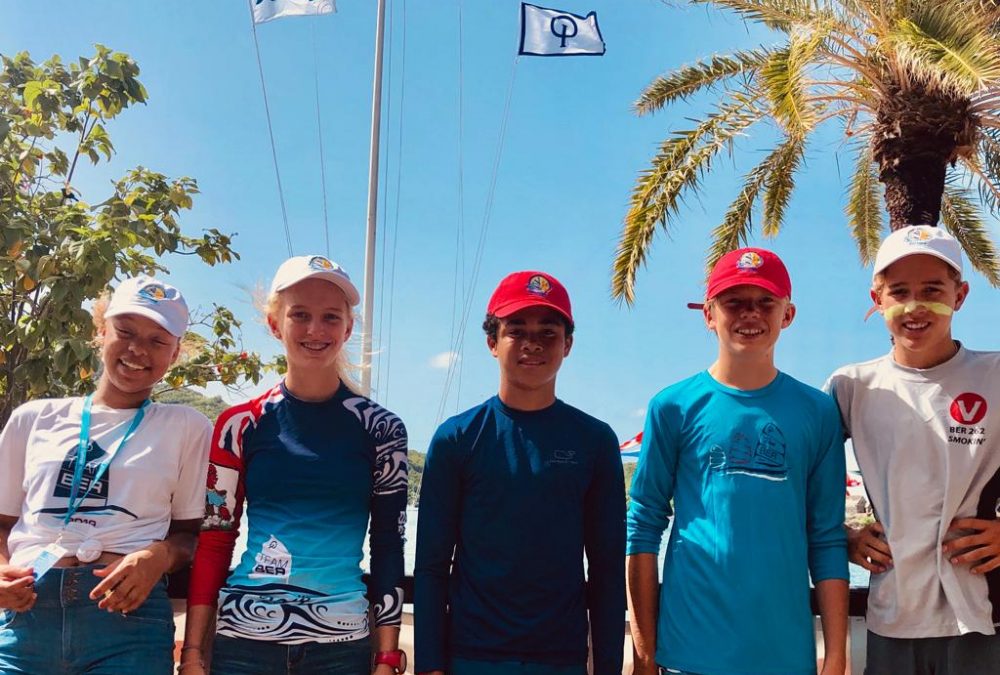 WINNERS of the team photo competition have been testing out their prizes in action.

The Cayman Islands, Uruguay, Turkey and Bermuda teams all received new sailing gear from official merchandise provider, Coral Reef Sailing Apparel, after their snapshots were selected as the best entries.

Prior to the championship, all teams were invited to submit a fun, creative photo of their participating sailors and country flag to be judged by our expert panel.

Nick Lucivero, mobile brand ambassador with the Pennsylvania-based company, said: “Coral Reef is excited and honoured to be part of this event and exceptionally happy to provide prizes for the winners of the photo competition.”

Nick has been on hand throughout the 2019 Optimist World Championship supplying teams, visitors and supporters with everything from branded clothing to insulated water bottles and reusable cups.

He added: “It’s great to see such a high level of competition here and we look forward to seeing all the competitors as they continue their sailing careers.”

Visit our gallery to see the photo competition entries: