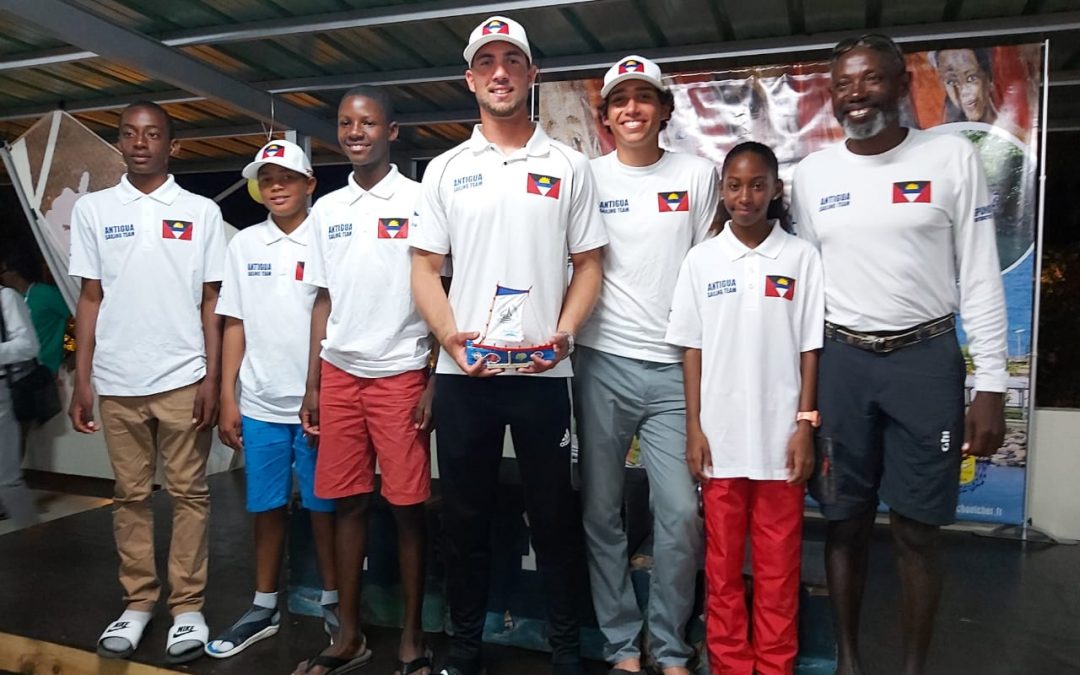 Antigua Yacht Club had a total of six sailors –  two lasers and four optimists who competed in the Schoelcher 30th International Sailing Week held in Martinique from 20th – 25th February 2020.  The team comprised of Daniel Smit, Luca Deleau, Ozani Lafond, Emily Gaillard, I Dani Edwards and Shanoy Malone. They were coached by Karl James and chaperoned by John and Lorraine Gaillard whose daughter is also on the team.

It was unusual light wind this year.  Daniel Smit, who sailed in a highly competitive laser standard fleet amongst the Switzerland Olympic team,  placed 3rd in his fleet.  It was a tight battle going into the last day, with three races to go, Daniel was 5th overall and he managed to claw his way up to the podium. 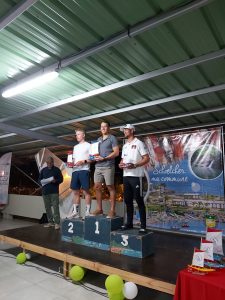 In the laser Radial fleet, Luca Deleau finished 5th overall in his first regional and international event, winning one of his races. Sixteen competitors sailed in this fleet.

Emily Gaillard, the lone girl on our team and I Dani Edwards participated in their first optimist regional event placed 25th and was 28th respectively.

Emily Gaillard’s best performance was 12th out of 38 sailors in the fleet.

Shanoy Malone finished 30th after not sailing for two days due to illness.  He sailed in 5 of the 11 races held. 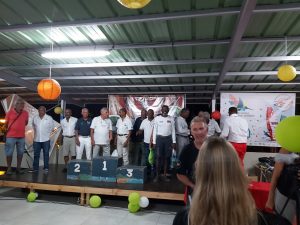