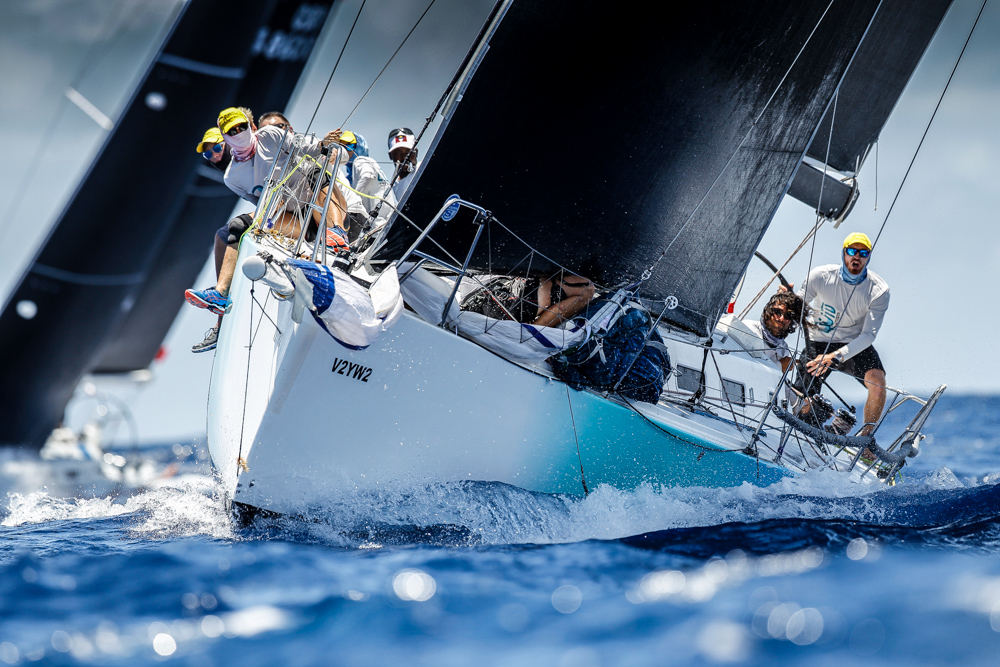 The CSA is delighted to announce that for the second year running the CSA Traveller’s Trophy has been won by Antigua based Pamala Baldwins’ Team Liquid. Although the racing season was cut short due to the worldwide Covid-19 Pandemic, Team Liquid had already earned a class win in CSA 1 at Grenada Sailing Week, second in CSA 2 in the RORC Caribbean 600 and second in CSA 3 at the St. Maarten Heineken Regatta.CSA President Alison Sly-Adams called Pamala to give her the good news. Of the news, Pamala said, “I am so happy to win this for the second year. Skipper Jules White and I, and the rest of the crew, came together so well at the start of the season. We were confident without being complacent this year and we felt the team dynamics had fallen into place well. We had high hopes for the series for the season so we are delighted to hear that we have won. I am already looking forward to the 2021 season and seeing if we can make it a hat-trick. Thank you so much for the good news right now.”Pamala joins a long list of famous winners of the trophy including many famous Caribbean sailors and those based in the region for the season such as Jamie Dobbs, John Foster, Hugh Bailey, Bernie Evan-Wong, Dougie Myers, Tom Hill, Scott Ledbetter, Andrew Birk, Jaime Torres and of course Sandy Mair, the creator of the trophy.The CSA Traveller’s Trophy has been awarded for more than 20 years as a way of awarding excellence in yacht racing performance as well as effort in terms of travelling to away regattas.To qualify for the Trophy, a boat must participate in a minimum of three regattas of which at least one must be in an away region and at least one a major event. Boats accumulate points over the season so that by season’s end an overall winner – “Caribbean Best Boat” – will emerge. Final totals are assessed at Antigua Sailing Week with the winner being announced and the trophy is awarded at the Antigua Sailing Week final awards presentation if the winner is in Antigua. Today would have been the prize giving of Antigua Sailing Week 2020 and therefore in line with tradition, the CSA decided to announce the winner.