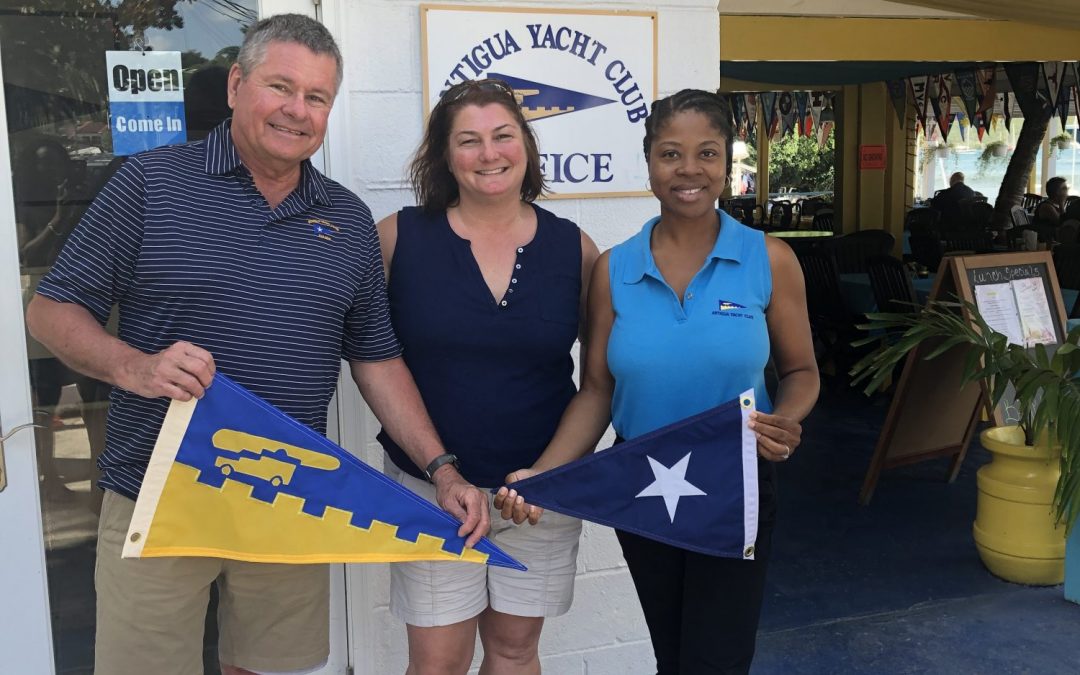 Thank you Jim and Sandy Kondziela of the Buffalo Yacht Club based in USA for meeting with us an exchanging burgees.

The Port of Buffalo grew at a fantastic rate after the opening of the Erie Canal in 1825. Warehouses appeared overnight; shipyards sprang up on all sides; Lake Erie traffic became tremendous. Buffalo business was transfused with new faces: Enterprising men who, sensing the future, appeared overnight. Many newcomers arrived from the eastern seaboard by way of New York. As they came, they brought new customs, modes of living, and the latest in sports and styles — including the sport of yachting.

It was natural that some active and intelligent yachtsmen in the area should follow the lead of the New York Yacht Club (founded in 1844) and their neighbors in Toronto who founded the Royal Canadian Yacht Club in 1852.

Thus the Buffalo Yacht Club was started in 1860 at the western terminus of the Erie Canal. The Club’s first regatta was run August 22, 1860, and in the first class, Commodore John Newkirk’s sloop Uncle Sam won, followed by James Booth’s sloop Young Republic. Charles Beck’s Banner won first place in the second class ahead of Alfred Johns’ Young America. No mention is made of the number and sizes of the yachts owned by the members, but some of the members owned more than one yacht as is evident from the fact that on motion of Mr. Beck it was decided that no member could enter more than one yacht in the regatta.