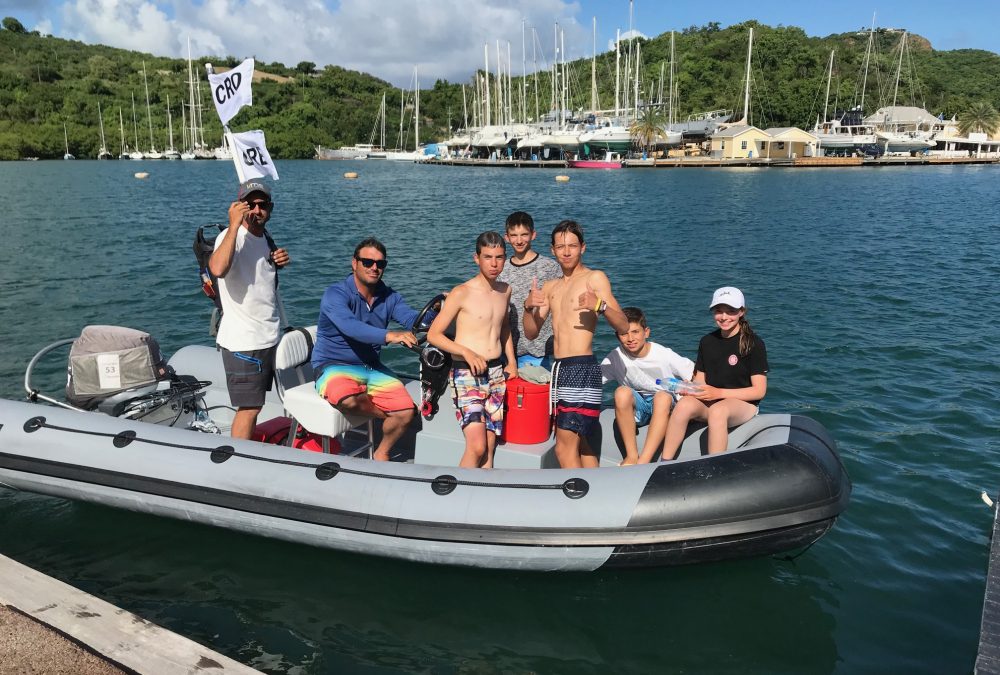 WINDY conditions have been putting young sailors through their paces during final practice sessions ahead of the 2019 Optimist World Championship.

Many of the 257 participants, aged 11 to 15, have been out on the water during the last couple of days, soaking up the sunshine and enjoying the famed trade winds which have made Antigua one of the world’s prime sailing destinations.

“Antigua is the first other Caribbean country I have ever been to,” he added. “It is very beautiful.”

Accompanying the team is Luke’s mother Laura who paid tribute to the championship’s hard-working organising committee.

“The island’s scenery is lovely but even better was the tremendous welcome we received. Everyone has been so friendly and accommodating.

“I would like to thank the organisers for an amazing job; it must have taken an incredible effort to get all this done. It has been 100 per cent so far.”

The team’s coach Marvin Bernard said he was confident the trio of boys would see success during the races.

“What you put in is what you get out,” he added.

Elizabeth Winters, 13, may be the only girl in the team of five representing Greece but she won’t let that deter her.

“I was the only girl in last year’s world championship too,” she smiled. “We have been having a great time in Antigua; we have been out swimming as well as sailing.”

Poland’s coach Jacek Turczynowicz said the team had been delighted to arrive on Wednesday.

“It is very nice to be here and there is a great atmosphere,” he said. “We have had our measurements and checks done and all were fine.

“We were out practising yesterday for two hours. It’s a little bit warm and the wind was crazy. The boys hadn’t seen waves like that before. We also had to practice avoiding seaweed but that seems to have cleared now,” Jacek added.

Poland’s Antoni Lipinski, 13, had more practical immediate observations. “I really like the food,” he said.

The championship will be officially declared open on Sunday. A parade of nations departing from the National Sailing Academy in Dockyard Drive at 5pm will culminate in Nelson’s Dockyard for the ceremony. The public is welcome to attend both the parade and ceremony. Racing begins 11am Monday.