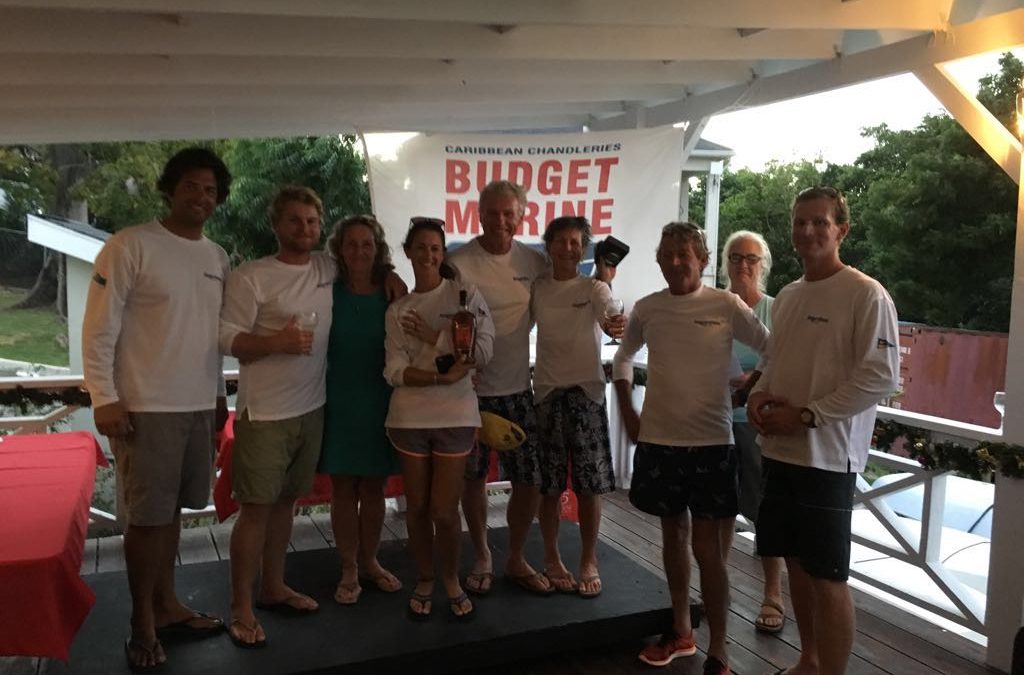 The Budget Marine High Tide series in 2017 turned out to be highly competitive and well organized . The clear winner was the Melges 24 Regardless with Richard Archer at the helm  in the Racing class who took home the series win as well as the Boxing Day barrel . Second place went to Carlo Falcone with his Caccia Alla Volpe who never ceases to amaze those who would not have believed that a boat of this vintage could be competitive in the racing class. (1970’s Valacelli design our of plywood)  Third place went to Geoffrey Pidduck on the 6 meter Biwi Magic . 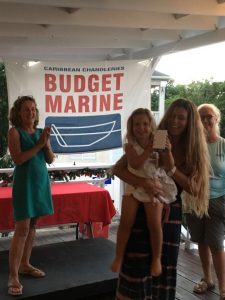 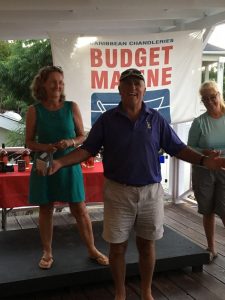 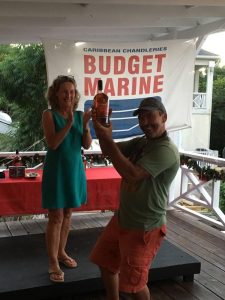 Cruising Class was won by Bernie Wong who abandoned his hi tech racer for the very old but solid “Huey Too”, a modified Cal 40 with a long Caribbean record followed by Sandy Mair on the Beneteau “Cricket”. Visiting yacht Topaz , a modern classic rounded out the entry in cruising .

The first two days had stiff winds (14 to 19 knots)  followed by the longer final day where a shorter and longer race was sailed in winds often over 20 knots . 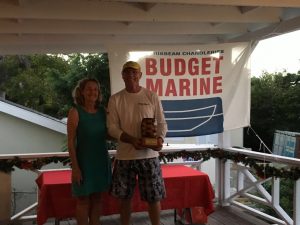