A force behind the scenes: Heather Warne 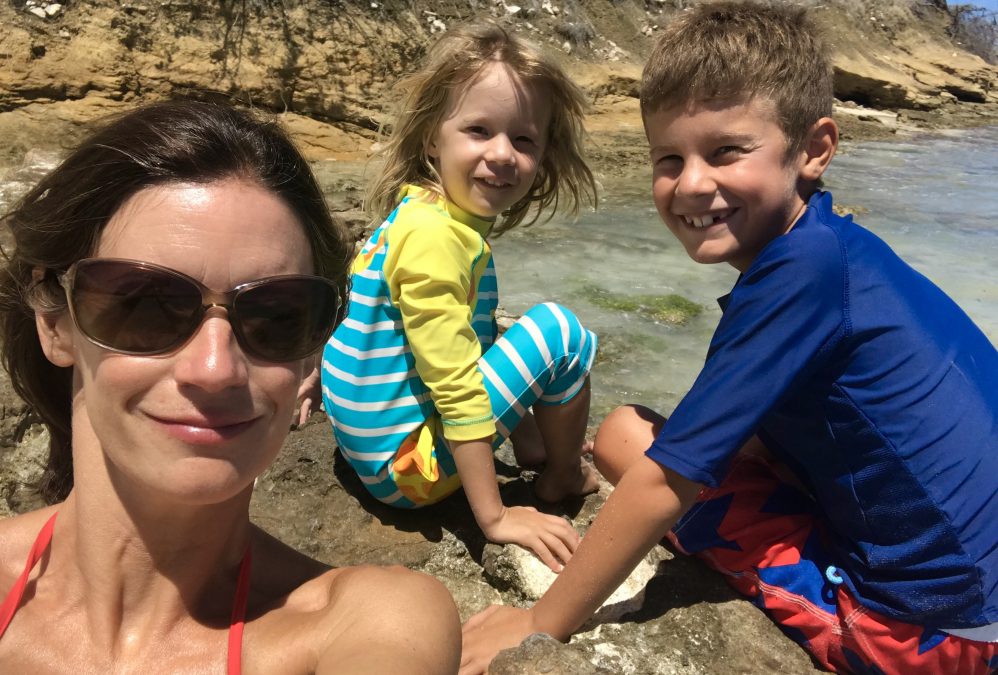 Volunteers are the lifeblood of the 2019 Optimist World Championship – and Heather Warne’s marketing expertise has been crucial in raising its profile both at home and abroad.

As media manager during the build-up to the record-breaking event – which has seen more participating countries sign up than ever before – she has been at the helm of everything from public relations to securing articles in leading international publications.

A major part of her role has been keeping the public abreast of the event’s latest news and the personal stories of its key players.

“I’ve really enjoyed interviewing the various people involved in the championship,” Heather says. “From Paola Vittoria who is leading the committee to Shanoy Malone, the youngest Antiguan competitor, to Roddy Grimes-Graeme who is filming the event and Karl James, the man in charge of everything happening on the water.

“It’s been fascinating to discover their stories and find out what motivates them. Such a huge amount of work has gone into setting up this championship and it’s been great to be able to showcase some of this so others understand what is involved.”

“Nothing to do with sailing but I am always interested in a good story and know how to get a message across,” she explains. “I have worked for both big multinational companies such as Mars and small start-up businesses such as Innocent drinks so I’ve seen how marketing can be achieved with both small and big budgets and at very different scales.”

Heather moved to Antigua 18 months ago with her husband, who works for Cricket West Indies, and their two young children.

Living in the heart of this famed sailing destination triggered her interest in the sport, particularly after her son showed an eagerness to get out on the water.

“I soon discovered there was a need for someone to help out with the marketing for the World Championship and, as that’s my background, I thought I might be of use,” she continues.

“Since then I have seen the dedication of the young sailors, the coaches and everyone setting up this event and it’s inspired both me and my son to learn to sail – he is definitely better than me!”

Heather has seen first-hand the skills youngsters gain from taking up the sport.

“I think it teaches them independence and discipline. To see my son, who is only just eight, in charge of his own boat in Falmouth Harbour is amazing.

“He has to make his own decisions and learn the consequences of these – but in a safe environment.”
Another bonus of the Caribbean lifestyle is watching her children grow up in an environment devoid of city pressures, she says.

And, just like her youngsters, the island’s beaches are sure to be a hit with the hundreds of visitors descending on the island this week.

“Antigua is a beautiful island and the beaches are amazing. My favourite is Galleon Beach where I often take a sandwich after helping at the Yacht Club,” Heather says.

“From a sailing perspective, this is the perfect event to showcase what Antigua has to offer, both in terms of the sailing conditions and facilities but also to encourage youth sailing in the Caribbean.”

She adds: “Economically it’s also a great time for an event in Antigua as the summer is normally the quiet time of the year with less tourists.

“We have 65 country teams plus spectators arriving so it’s such a good opportunity to show off Antigua.”

Prior engagements have now seen Heather hand over the reins to a replacement media manager. Her many months of meticulous work earned resounding praise from fellow volunteers.

“Heather has done an amazing job and it was very important to me that she received due recognition,” said Paola Vittoria, head of the organising committee.

“She has gone over and above in every way and been an enormous asset to the team.”

“I met Heather not long after she and her family arrived on the island. We were already well under way with the plans for the Optimist World Championship and I realised that her professional background was exactly what we needed to support the volunteer team with our PR and marketing and general communications,” Amanda said.

“I was really delighted that she agreed to join us and she has done such a great job, adding her professional touch to the teams’ enthusiasm.”