Our Members Are Selling Their Sailing Yachts

You Can't Beat Sailing In The Caribbean

This section is for AYC Members to submit Private Yachts for sale. Submissions from Professional Yacht Brokers will not be accepted. This section is an Antigua Yacht Club service to Members and the Club accepts no responsibility for any sale resulting from this page. Members are invited to submit their yachts for sale with 200 /300 words of description, with contact details, and good quality images of the yacht. Your entry will be uploaded free of charge, however in the event of a successful sale, any contribution you care to make to the AYC Youth Training Programme would be much appreciated. Please be as honest as you can as we do not wish to waste buyer’s time.

Biwi Magic, is a winning modified 6 meter with an interesting history. Biwi Magic has been campaigned around the Caribbean by 4 different owners since her arrival in Antigua in the early 1990’s, having crossed the Atlantic singlehanded. She has consistently won regattas around the Caribbean and continues with winning streaks with a simplified rig and sail configuration. Indeed, it is because of this simplicity, ease of handling and small crew that she has been so successful. Featuring a double berth forward, quarter berth, sink, cooker and engine this 6 meter with its winged keel has been transformed into a small Racer Cruiser.

This 33’ slim yacht, was designed by Neil Howlett for the Blue Arrow Challenge Inc. as a training racing yacht for the America’s Cup Challenge launched by Peter De Savory. She was built in 1989 by The Pendennis Shipyard in Falmouth UK along with a sister ship.

When this America’s Cup Challenge failed to materialize, this 6 meter was purchased by Captain Steve Carson who commissioned her conversion to include a cuddy and living quarters below. As “Pride of Pendennis” she was single handed across the Atlantic by Tony Maidment arriving at the Antigua Yacht Club in 1992. He lived on board her for a few months while campaigning her in local regattas.

She has had podium positions around the Caribbean from Trinidad to the US Virgin Islands. Most notable wins include Antigua Sailing Week Division and Class on 5 or more occasions, Rolex International St. Thomas, BVI Spring Regatta, St. Maarten Heineken, Guadeloupe Triskel, along with regattas in Tobago, Grenada, Barbados and St. Lucia.

Fully equipped for racing driven by a simple selection of 97% Jib, powerful main and choice of 3 spinnakers. Simplicity and ease of sailing, normally with three or four experienced sailors, has proved a winning formula for success. The newest main and jib have been used only once at Antigua Sailing Week 2015

Mast and Rod Rigging new 2009. Inspected and kept up to date.
Agricultural mast. No running back stays. Set up for simplicity. “Kiwi Magic” has no other jibs but 97%.
Old delivery Main.
Registered: Antigua and Barbuda #1587 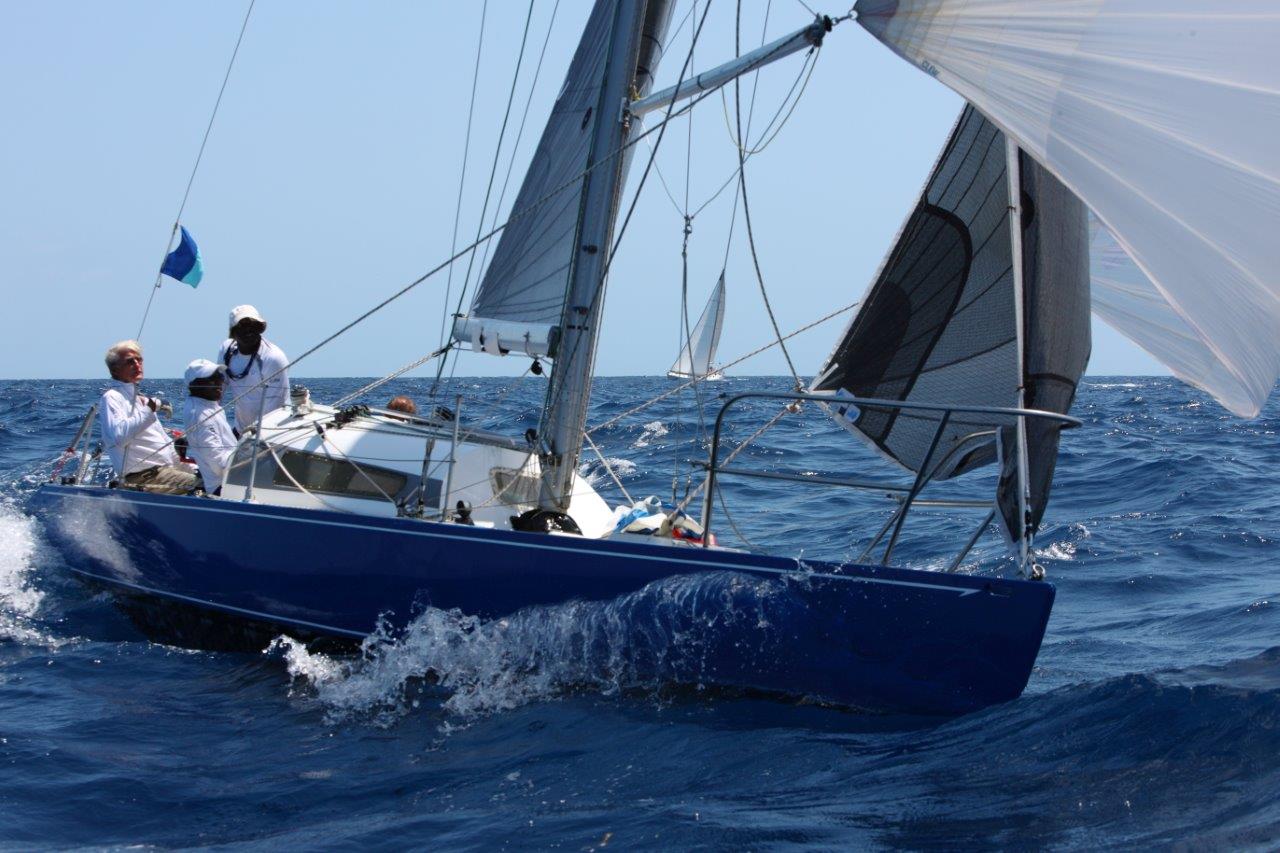 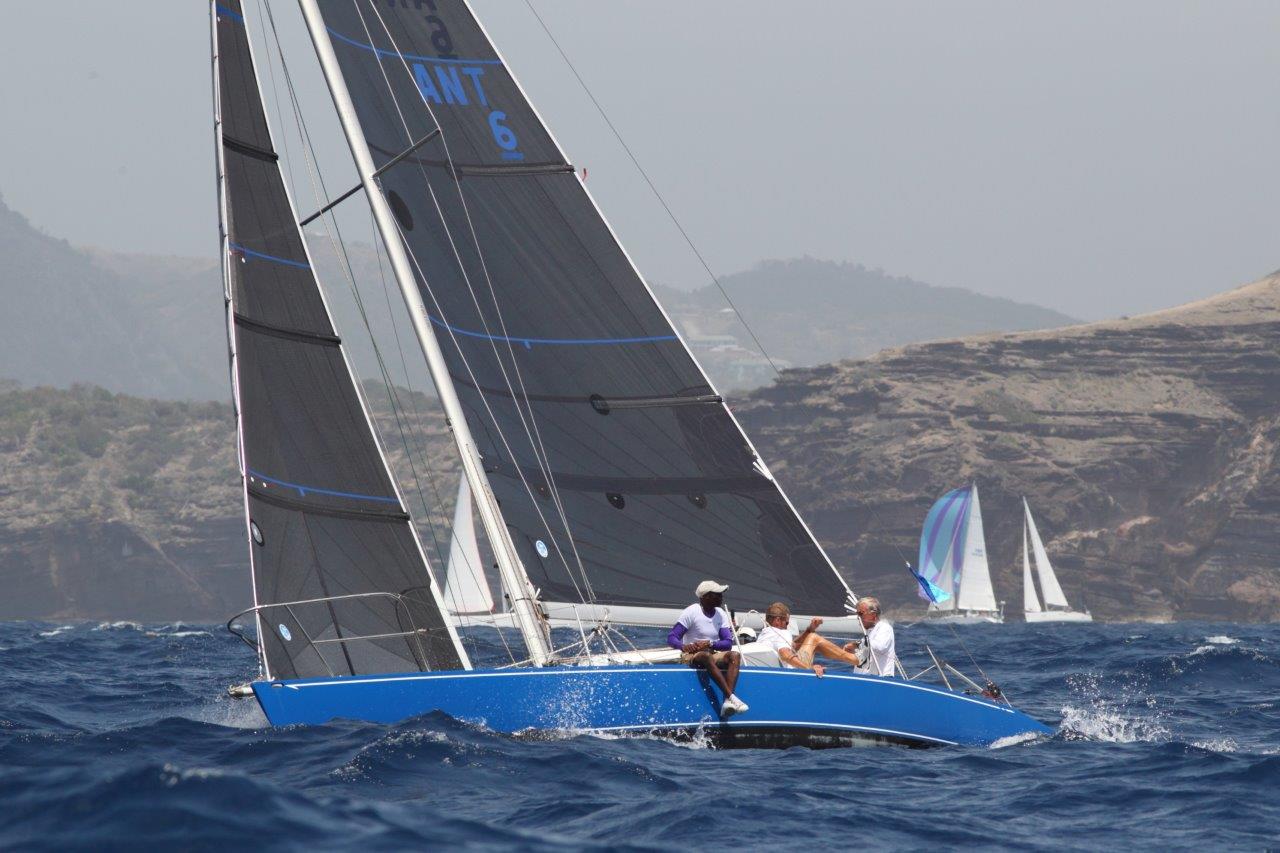